Can we leverage knowledge of Internet Bubble (2000) for forecasting what will happen after the Crypto Bubble (2018) and where to invest? 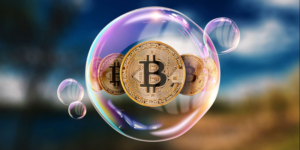 Most readers will remember the Crypto bubble of 2018, but only some readers remember the Internet Dot-com bubble of 2000. In this article, we ask if we can leverage our knowledge of the Internet 2000 bubble in forecasting future Crypto trends? What are their commonalities? And what will happen next?

NASDAQ composite is a stock market index of securities listed on the NASDAQ stock market. It is heavily tilted toward information technology companies. NASDAQ composite was launched in 1971 with a starting value of 100 and it peaked at 5132 in March 2000. After that, it fell to 1108 in October 2002, a — 78% decline. This was the dot-com bubble.

NASDAQ has recovered from these lows and the current price is around 7400 (in Feb 2019).

Many believed, like in the NASDAQ 2000, that “this time it is different” or that it’s “the new economy”. It wasn’t so.

Analysis of the NASDAQ bubble

The dot-com bubble was driven by the belief in new technology — the Internet. The NASDAQ Composite was full of stocks that lacked real business potential.

The initial focus was on broadband cable companies, which were seen as a new infrastructure that would eventually generate huge revenues. However, this resulted in the oversupply of broadband infrastructure, internet connectivity prices collapsed, and with them the stocks of the respective broadband companies as well. The positive outcome was that Internet broadband became a commodity and became available for most of the population.

All of them started to generate revenues/benefits compared to brick-and-mortar models, which translated into huge Discounted Cash Flow valuations thanks to the network effects (value of the network increases in quadrat to the growth of the nodes in the network):

The internet was and is a major disruption enabler. However, interestingly — the initial business models on the Internet tried to mirror the brick-and-mortar world into the Internet. It took 5+ years before the new disruptive revenue-generating business models emerged.

Analysis of the Crypto bubble

The crypto-bubble was driven by the belief in new technology — in this case, the Blockchain. CoinmarketCap.com was full of projects without real business potential (remember that it was believed that you didn’t need cash flow/benefit based valuations then).

The initial focus was on the “smart contract platform” systems, which were the key enabler of blockchain disruption. However, being the key enabler doesn’t mean revenue generation. It can mean becoming a commodity as it happened with broadband during the NASDAQ bubble.

However, it is not the most technologically advanced platform that will win the race, it will be the platform with the most users by now. Winning the race doesn’t mean becoming a cash flow generator, it will rather mean becoming a commodity or standard in the industry.

So, what are the real disruptive revenue-generating business models on the Blockchain? There are the following:

The NASDAQ 2000 bubble and the Crypto 2018 bubble were similar events. The next similarity will be what will happen afterward.

In the case of NASDAQ, the real value-adding disruptive business models emerged. Real value-adding transactions drove the discounted cash flow based valuation of these companies.

We forecast that the same thing will happen in the crypto sector — new disruptive cash-flow generating business models will emerge. The companies behind these models will become the new Facebooks, Googles, and Amazons.

How to find these companies — it’s pretty easy:

We have heard many people saying “this time will be different”. We don’t think so, we think “this time will be the same”. History will repeat itself. Major disruptions are driven by real value-adding business models. It’s all the same. It’s the economy.